This show has passed. 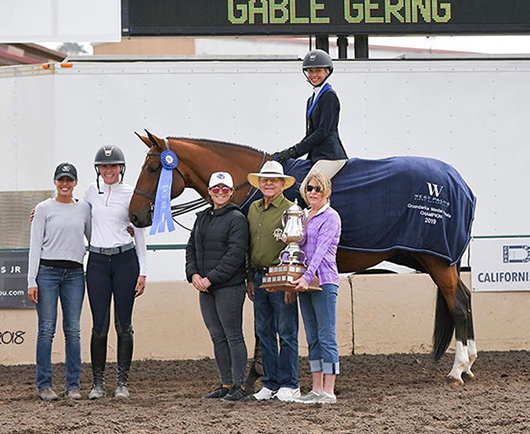 For nearly three-quarters of a century, equestrian sports aficionados have marked their calendars each April and May for the Del Mar National Horse Show, held at the Del Mar Fairgrounds in the beautiful seaside town of Del Mar, California. The Del Mar National began in the mid-1940s as part of the annual San Diego County Fair, which occurs each June at the Fairgrounds. By the late 1970s, it had grown so large that it outgrew the confines of the county fair and became a separate event. Western and Hunter/Jumper competition comprised the then two-week show until the early 1990s, when the Dressage competition made its debut, adding a third week.

Photos from past years competing at the Del Mar National ➔